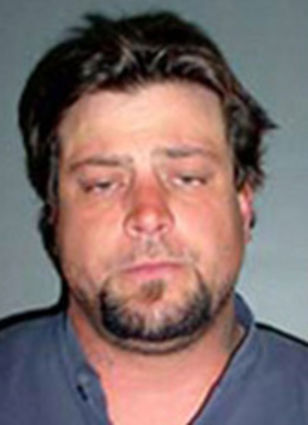 In a rapidly developing scenario, a Sidney man charged in connection with the November shooting death of Adam McCormick pleaded guilty to an amended Class IV felony count of being an accessory to a felony.

As part of his plea, Fields — through his counsel, attorney Don Miller— has agreed to make himself available for interviews involving the shooting, and has also agreed to be available to testify in the upcoming second-degree murder trial of Jason William Custer.

Fields was originally charged with Class III accessory to a felony, but through negotiations between Miller and Cheyenne County Attorney Paul Schaub, the count was reduced to Class IV.

Weimer accepted the plea, and noted Fields’ sentencing hearing will be continued until after Custer’s trial is complete.

Fields and his girlfriend, Amber Davis, were charged in connection with the shooting.

According to the arrest affidavit, authorities arrived at the scene Nov. 3 and discovered a male — with bullet wounds to the abdominal area and upper right leg — lying in the driveway.

Two witnesses gave accounts of the situation, and one account described how McCormick had confronted a man, believed to be Custer, about $160 owed to McCormick for drugs.

The situation escalated to the point that Custer allegedly fired two shots, one from the sidewalk and the other from behind a vehicle in the driveway. A black assault rifle was believed to be the weapon used in commission of the shooting, but authorities have yet to recover the firearm.

Witnesses at the scene said that Custer left in a truck belonging to Fields.

Following leads, Fields and Davis were both identified as associates of Custer, and contacted by authorities.

Both gave investigators misleading information; Fields denied being with Custer during the evening, and Davis said that Fields had told her that Custer had been fighting with McCormick and needed a ride out of town, because he had warrants for his arrest out of California.

Fields and Davis arrived at the Cheyenne County Sheriff’s Office shortly after 5 a.m. that morning, at which time both admitted to taking Custer to a hotel in Big Springs. Custer was later arrested at the hotel.

Fields told investigators that he knew Custer had shot an individual, and that Custer needed to get out of Sidney.

Davis – who had previously told authorities that she was driving back from Colorado – was booked on two misdemeanor counts, obstructing justice and false reporting.

Davis has pleaded not guilty to the two counts, and a status hearing is set for Jan. 28, with the trial set for March 15. Davis’ last date to enter a plea is Feb. 15.

In addition, Weimer granted a motion for bond reduction for Fields, to $25,000, or 10 percent, but with several stipulations: Full compliance with the terms of the plea agreement, no contact with family members of Adam McCormick; no contact with Syrus Leal and Josh Wright (potential witnesses in the Custer case), report in person to the Cheyenne County Sheriff’s Office by 10 a.m. every day; inform the Cheyenne County Sheriff’s Office of his physical address and phone number and any address and phone number changes; Fields cannot leave Cheyenne County without court permission; he will be subject to random searches; sign an extradition waiver; is prohibited from alcohol possession or use; and he must complete an interview with investigators before his release from jail.