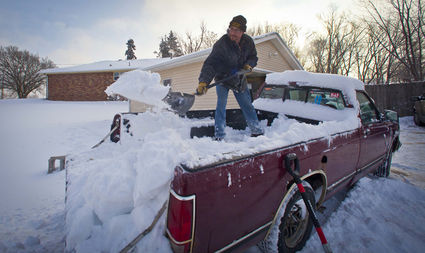 MINNEAPOLIS (AP) — Gusty winds and iced-over roadways made for treacherous Midwest travel Friday as a major winter storm headed east over the Great Lakes. Four deaths have been linked to the storm, including three from traffic accidents.

Hundreds of flights in and out of Chicago’s two airports were canceled Friday morning, and the city was clearing about 3 inches of snow from its streets, and the Kansas City and St. Louis, Mo., airports both reopened Friday morning but had numerous cancellations and delays.

The snow began falling in Detroit just in time for the morning rush, turning str...