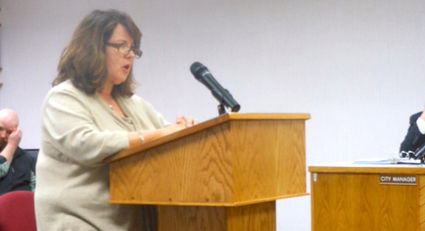 With indications that the current cat ordinance debate was in fact leading to too broad a list of requirements, Sidney City Council members handed the problem solving over to community members.

Mayor Wendall Gaston said that it was apparent that council’s solutions were not meeting the needs of either party. Instead it was decided that citizens will have a workshop to discuss cat issues.

“What I chose to do is to challenge the group to meet and to come up with some suggestions on what to do with our ordinance,” said Gaston.

He said that the council members “haven’t addressed ways to help all involved.

“As of right now we do have two ordinances and those ordinances will be enforced,” said Gaston.

“As unfortunate or fortunate as that may be, we do have ordinances that says we limits the amount of cats to three per household and the state law says that if you feed a cat, you own it and that animals are not allowed to roam at large.”

In attendance at the meeting to express her views on the cat ordinance was Valerie Nienhueser, president of Wagon Tails Animal Rescue.

“My first question to you is how were you enforcing it prior to this hoopla that has come about,” she asked.

“Just as what’s here,” said Gaston. “It was being implemented that way when requested.”

Nienhueser asked if there was a record of the amount of cats that have been picked up by city employees.

Sidney Police Chief Joseph Aikens responded that he was unaware of that information.

“The vet clinics have been calling us when they get an animal that needs to be homed and I’ve never received a call from any of the vets concerning cats,” she responded.

Nienhueser said that she felt as though the current ordinances were not being enforced.

“The ordinance that you guys had where you have another cat being added on there is not very feasible,” she said.

“It explains why it works and it’s what I think is the best solution to the problem,” she said.

“I know it would be nice if we could afford to go out and make sure that all people are responsible pet owners. Unfortunately that would cost more money then we have ever hoped for or imagined, and I don’t think it is very feasible.”

She said one of the problems is caused by owners leaving pets behind at their property when they move.

Nienhueser said that a cat rescue in Fort Collins has received grant money to conduct spay and neuters.

“Before Wagon Tails had budgeted some money and we had a couple girls go around and actually trap cats, 20 to 30 cats at a time,” she said. “They kept them for a couple days and fed and watered them, and then hauled them over in a pickup and they were able to do that for $15 an animal.

She said that the cats’ ears would be notched, identifying them as spayed and neutered, and that they would then be returned to where they were found.

“Cats are nicer and easier to get along with if they are neutered, and it’s really the only easy way to do it,” she continued.

“I mean we have literally thousands of them (cats) and we need cats – we really do need cats in the neighborhood. They do help with mice and they do help with rats. It’s just plain inhumane to kill them. It’s not their fault they got here.”

Gaston reiterated that the challenge was now up to the citizens to find a solution.

“What does your vet charge you to euthanize an animal?” asked Nienhueser. “$35 per cat; $15 is cheaper.”

She said that there are grants available for taking care of feral cats, and that the city should look into them.

The cat workshop committee is open to the public and is asked to organize and bring back a plan to the council to be considered.

“I don’t want to be silent to those who have came in here and complained about their yard being contaminated with (cat) feces,” said council member Mark Nienhueser.

“We owe them a responsibility. There is a law in the books that has to be enforced; again this ignited. I ask staff to enforce the ordinance that is on the books.

“You gotta be respectful of your neighbors,” he continued. “We all live in the city and you have to be respectful. If you have a herd of cats and they are going to contaminate your neighbors’ yards, to me that is unacceptable and I expect staff to enforce the ordinances we have to do it.

“I agree the last approach was too broad and involved too many people and this approach is much simpler. But the people need to take responsibility for their own situation,” said council member Nienhueser.

“It gets down to personal responsibility here.”

Council member Joe Arterburn asked if Valerie Nienhueser would accept the position of leader of the cat workshop group and she accepted the responsibility.

Concerned citizen Ken Geu was also in attendance to ask the council some questions regarding the matter.

“I just wanted to ask an additional question as to whether you had expectations as far as a timeline to when you would expect to see anything,” he said.

Gaston responded that there was no timeline for the workshop.

Geu asked city officials to enforce the current ordinance with the same effort they put into all other ordinances.

“It’s not fair to concentrate a whole bunch of effort to one ordinance and give it higher priority to see activity,” he said.

“We tell staff to fully enforce all the ordinances,” said Gaston.

“We have all kinds of ordinances,” he continued. “Do we have any on cigarette butts? They throw them down on the ground and they need to enforce that.

“It seems like you are picking on the people that have cats because somebody complained. Well, now I’m complaining about cigarette butts,” he said.

The council members said that they are hoping the workshop brings an answer to the cat issues.