Cabela's founder to step down 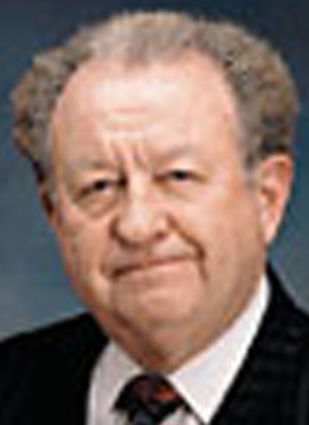 Cabela’s Incorporated officials announced in April a change in command as the company’s original pioneer, co-founder and chairman, Richard N. Cabela, is set to retire his role as Chairman and become Chairman Emeritus.

The change will commence on June 5 during the company’s annual meeting of shareholders.

His brother, co-founder and Cabela’s Vice Chairman, James W. Cabela will take over the role of Chairman following the meeting.

Tommy Millner, Cabela’s Chief Executive Officer, said that the imprint that Dick Cabela has left on the outdoor industry will never be forgotten.

“Dick is honestly a living legend in the outdoor industry for the building and creation of our great company, for the game that he has hunted, for his commitment to wildlife conservation, and to the outdoor industry - including the hunting, fishing and camping industry,” said Millner.

The chief executive officer said that Dick is iconic in the industry, and that he “revolutionized” not only catalog marketing, but also experienced retailing to the point of shoppers having fun when they visit Cabela’s stores.

Millner also said that Dick gave heart to the city of Sidney, just as he gave the same compassion to his company.

“He built an extraordinary culture that allowed Sidney to prosper with the company,” he said. “So I think it was a very symbiotic relationship where Dick and Mary were great for Sidney and Sidney was great for them and their business. It’s still their home.”

In previous statements Millner explained the accomplishments of Dick and his wife Mary, and the transformation they were able to produce.

“From their kitchen table in Chappell, Nebraska, 52 years ago to pioneering direct catalog marketing and experiential retailing, Dick and Mary revolutionized every aspect of outdoor product sales,” he said. “Dick’s passion for the outdoors transformed Cabela’s from a small company in Western Nebraska to a $3.1 billion globally recognized brand.”

Millner said that he looks forward to continuing to learn from Dick’s wise council as he takes his new role as Chairman Emeritus.

“We will still reach out and I will still use Dick and all of his knowledge about the company and the industry,” he said. “I will use him as a personal resource as long as he is on this good Earth.

“As Chairman Emeritus Dick still has the ability to come to our board meetings and get all of our information; he’s transitioning but not very far away thank goodness.”

The chief executive officer said that it will be a fairly normal transition at the annual meeting and that the meeting will serve as a big celebration of Dick and Mary’s past contributions, as well as a meeting of business.

“All of us have to retire at some point. What we do in the public company is we plan these transitions a long time before they happen,” said Millner. “This has been a long-planned transition for Dick to Chairman Emeritus - as it should be.”

Millner said that the company is very pleased to have Jim Cabela step up and take the seat of Chairman.

He said that Jim’s leadership over the years and passion for the outdoors ensures that the company is in good hands and will continue to prosper.

“Jim’s contribution in the building of our company has been as impactful in everyway as Dick and Mary’s,” he said. “To have Jim’s involvement now as our Chairman - it’s just a great thing for the company.

“Jim’s shadow that has been cast for 52 years is big and long. So I am pleased that Jim wanted to step up as Chairman from Vice Chairman and it’s a good thing for us, for Sidney, for all of our outfitters, and everyone involved.”

Millner said that although he believes that Jim came into the Cabela’s picture a couple years after Dick and Mary’s first implementation, Jim stepped in and helped run the business when it grew large, and has been there through all of the bumps and success along the way.

The chief executive officer was sure not to leave Mary out of his comments either.

“We all adore Mary just as much as we adore Dick and Jim,” he said.

“From the first day, this was a partnership founded in their love for each other and a love for the outdoors. In every step along the development of the company, Mary was instrumental in creating the success that became our company.”

Millner stated previously, “on behalf of Cabela’s employees, shareholders and customers, I would like to thank Dick and Mary Cabela for their passion for the outdoors and vision and business acumen, which led to the founding of this extraordinary Company.

“Dick, Mary and Jim weren’t the first to offer outdoor goods through the mail, but nobody did it better or with a greater focus on customer service,” he said.

“This passion for delivering legendary customer service will forever be Cabela’s foundation.”