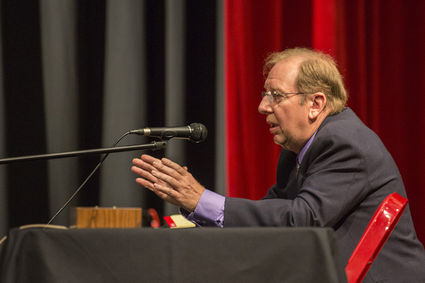 Several state senators were in Sidney on Tuesday to listen to testimony from experts and members of the public about the state's oil and gas industry and regulations.

Sen. Ken Haar drafted a resolution to examine a process for shuttering the Sidney-based Nebraska Oil and Gas Conservation Commission and transferring its duties to other state agencies. Sen. John Stinner, in a separate resolution, called for a study into the oil and gas commission's authority over wastew...