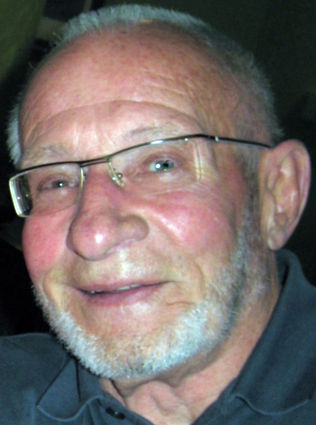 James was born on March 14, 1938 in Cedar Falls, the son of Jesse Lee & Petra Anna (Petersen) Jensen.  He married Joyce Frandsen June 17, 1961 in Cedar Falls.  James graduated from Cedar Falls High School and served in the U. S. Air Force.  He was a member of Cedar Falls AMVETS Post 49.  James was a linesman with Iowa Public Service and then became a Line Superintendant with Tri-State GNT.

James was preceded in death by his parents.

Services will be 10 a.m. Friday, Nov. 20 at Dahl-Van Hove-Schoof Funeral Home with inurnment in Fairview Cemetery. Military Honors will be conducted by Cedar Falls AMVETS Post 49. Visitation will be from 4 to 7 p.m. on Thursday, Nov. 19 at the funeral home. Memorials may be directed to Cedar Falls AMVETS or UnityPoint Hospice. Condolences may be left at http://www.DahlFuneralHome.com.