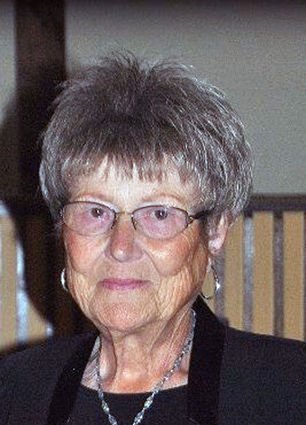 Memorial services will be held at 1 p.m., Friday, Dec. 11, in the Sidney Evangelical Free Church with Pastor Doug Birky officiating. Inurnment will follow in the Chappell Cemetery. Cremation has been held. Friends may stop at the Gehrig-Stitt Chapel on Thursday to sign Laura's register book and leave condolences for the family. Memorial contributions may be made in Laura's name to the Dorwart Cancer Care Center. You may view Laura's Book of Memories, leave condolences, photos and stories at http://www.gehrigstittchapel.com.

Laura Lee (Griffeth) Burr was born to her loving parents, James Vergil and Enos (Cunico) Griffeth at Raton, N.M. After the death of her father, her mother married the next door neighbor Tony Dell who played an important part in her life. She grew up in Pueblo, Colo., attending Minnequa, Keating, Corwin and graduated from Central High School. It was while in High School she accepted the Lord as her Savior and was baptized. Following graduation, Laura attended Platte Valley Bible College in Scottsbluff. This is where she met and six months later married William "Bill" Burr on May 23, 1964 at Central Christian Church in Gering. It was their first year of marriage that Bill joined the Army. This was the beginning of their military life traveling across the United States. Bill loved American History and as they traveled he was full of details, always making the trips interesting and enjoyable. While in Virginia, William "Bill" Jr. blessed their home. They always felt him a gift from GOD. After Bill's retirement they made their home in Gering where Laura worked at Scottsbluff County Housing Authority from 1984 to 2000. In 2004 they moved to Chappell wanting to be closer to Bill Jr., Crystal and grandchildren Alyssa and Ashley, where they were able attend their musicals and sporting events. Laura was able to help with 4-H sewing projects and watch the girls model what they made. Laura always enjoyed being near her family, the mystery of genealogy, sewing, crafts and working with flowers. In her later years she was crazy about pulling weeds, camping and riding her ATV in the mountains with her family and friends and was very active in her church.