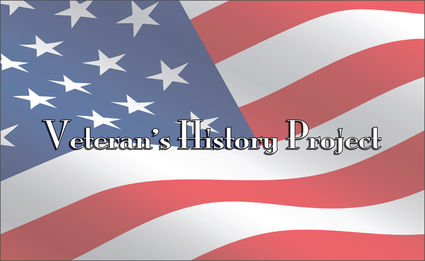 After completing a year of college in Ohio, one young woman knew that it was going to be very difficult to continue on in college without substantial financial assistance. She was the youngest of five kids. Her parents had done their best to help and going into debt wasn't that good of an idea. She sought out local military recruiting offices. It didn't seem to matter which branch of service had the best deal, but it did matter who had the most believable offering and who she liked. The Army soldier had a professional appearance and demeanor, great high-gloss boot shine, and terrific motivation. She wanted to be like that.

In the weeks before leaving, she was counseled by her older brother. He was giving her the real-deal conversation on how to survive basic training. It probably went something like: "Just wait until the drill sergeant is right in your face, you'll find out how smart you are; you'll have to do push-ups until your arms feel like they will drop off, how far do you think you can march, huh? They'll yell at you, making you feel very incompetent, they'll make you do things again and again and again until you get it right. You'll probably not survive it, that's how hard it is. ..."

In October of 1989, Donna Brown was on her way to Fort Jackson in South Carolina. This is an Army Training Center. Her Armed Forces Vocational Aptitude Battery of (ASVAB) tests established that she qualified to be in the medical field. Let's get through Basic Combat Training first. She arrived in time to get right into a training cycle...and loved it. She quickly was named squad leader, leading the formation from the front. The drill sergeant (who looked like Freddy Kruger) was in her face, often. She saw this as someone who was trying to help, yeah, loud help, but help just the same. The new living arrangement wasn't going to be a room of your own; you'd be in an open space with beds stacked by two. She had 69 new female friends, all trying to get through this part of their new lives in the Army. As a squad leader, she was the soft shoulder for others who weren't as strong, and was strong for those who needed guidance.

Many of the soldiers-in-training were getting packages from home, some containing carefully hidden candy and cookies. "If we get caught with that stuff, we'll be in deep trouble"... Donna found that the ideal place for storage of "pogey-bait" (illicit goods) was in the ceiling tiles. A "cottage industry" was born. The others could get their sugar fix; the candy would keep coming...it's all good! Fabulous. She thrived and loved it! In eight weeks, basic training was completed. Almost all her peers made it as well. She was an honor graduate.

Right away, she was sent to Walter Reed Army Hospital for further training. She was slated to be a veterinarian technician. In an early part of her life, she was savagely attacked by a dog, leaving her not only significantly injured but fearful of dogs. She needed to get over that now. We'll work on the fear of heights later, dogs now, though.

She completed this training also as the honor graduate and earned an opportunity to go to Fort Benning, Ga., to airborne training (jump school). In the required amount of times, she overcame her fear of heights and could jump out of perfectly good aircraft.

She was assigned to the 44th medical brigade. The unit deployed to Saudi Arabia and she worked on working police dogs, helping all branches of service using dogs. She did assist her commander with delivering a camel baby. The local people had contacted the soldiers about a female camel who was expected to have an offspring. It was learned that the unborn had inverted itself in the mother's womb. Just the noise of the parental camel unit would drive most away, but the soldiers prevailed, delivered the calf, and won the gratitude and friendship of the people forever.

In "Saudi," there were air raids and warnings of impending chemical/biological attacks. That signaled the soldiers to get into the life-saving clothing including gas-masks and get to the shelter right now. Nothing resulted from the warnings, but they were always taken very seriously. She customized her living area with items that would ensure minimal loss of heat during the night.

While deployed, she kept in touch with family by telephone calls, letters and care packages from home (ALWAYS a welcome sight). The main cuisine was Meals-Ready-to Eat (MRE). At the built up area, soldiers were helped with a limited version of a PX (store), a Red Cross office and they had movie nights when they could. One form of Rest and Recuperation was to spend a few days aboard the Cunard Princess. The boat didn't go anywhere but to the immediate area, but it was something different from the usual grind. Donna was promoted while in Saudi and again when back in the U.S.

On returning to Fort Benning, she met a young man named Fred Wiedeburg, an Army Ranger, also stationed at Benning. In time, they married. They could talk about his Army life and her Army life and their friends, and sports and the weather, but he couldn't say anything about his work. Quietly, in the middle of the night, she would wake and he would be gone. Just gone. She knew he could contact her as soon as he could. There were other wives on post who weren't quite as cool as she was about this situation. She took the lead and formed a "wive's club" so they could help each other out with errands, baby sitting and moral support.

This would not be the first time for this to happen. Not much later, the Wiedeburgs had orders for Vicenza, Italy. About a week after arriving there, SFC Wiedeburg was sent to Bosnia and Germany. She was left with a small child (Megan) and household goods on the way. With the help of others and an offering of a fine meal, she had all the help she needed.

Donna ended her military career in 1995. She is still in touch with dozens of her military friends around the world. With email and Facebook, anything is possible. She used the Montgomery GI Bill to complete college earning a degree in business and computer science.

The Wiedeburg family traveled much of the United States including stops at Fort Campbell, Ky., Fort Lewis, Wash., and Fort Benning, Ga., several times. In about 2004, her husband, then Master Sergeant Wiedeburg (US Army Special Forces) made the decision to retire. They picked Sidney as the place to raise their family and continue their lives as citizens.

Donna is now the Power School Coordinator and manages the Sidney school's website. She is on the board for the Sidney Public School Foundation. Donna is also a coach of the girls' cross country team. Individually, she trains hard, sets the example in mentoring so many other runners, and is a competitive marathon runner.