Brent Jeffers to retire at end of year 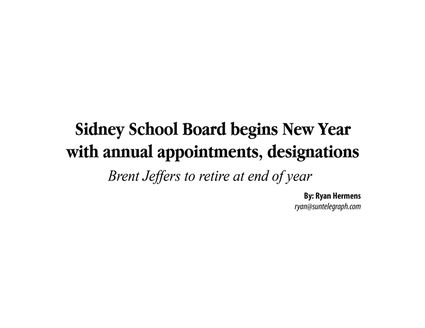 Members of the Sidney school board met on Monday evening for their first meeting of the year. The majority of the agenda dealt with annual appointments and designations.

All the appointments remain the same as last year.

"Thank you everyone for the confidence in our board," Von Seggern said after the votes.

The Sidney Sun-Telegraph and KSID will remain the district's official newspaper and radio station, and superintendent Jay...