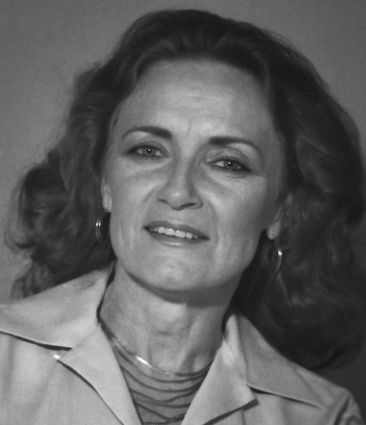 Joan graduated from Excelsior High School in Norwalk, Calif., in 1950. While there, she was selected for the All Los Angeles school district honor band and performed in the Tournament of Roses Parade in Pasadena.

After moving to Bakersfield, Calif., Joan worked for the U. S. Postal Service. Starting as a Letter Sorter, she rose to the position of Director, Address Information Systems. It was while working there that Joan met her husband, Dean Nels Olson. They married Oct. 15, 1971. Joan retired from the Postal Service in 1995.

Upon retirement, Joan moved to her husband's home town of Sidney. They purchased the circa 1907 Osborne home, living there until her death. She loved the home and particularly the garden. She was often seen in the yard tending to the flowers and plants. Her home, yard and flowers were her pride and joy.

Not content to just sit back, Joan became active in her new home town. She was an active member of the Sidney Elks. Joan was one of the first three women Elks in the Sidney chapter and the first woman to be appointed an officer. Joan also volunteered with the Sidney Historical Society and was a regular fixture at the Fort Sidney Museum.

Having a soft spot for cats and dogs, she provided a home for more than a few stray cats. Not only did they find a new home, they were a great joy to Joan.

Along with Dean, Joan was also involved in investing in her newly adopted home town. They purchased several properties, renovated them and then offered them for rent. She also opened and managed an antique store.

Although living most of her life in California, Joan was delighted and proud to call Sidney home.

Joan was a vivacious woman, always active and lived life on her own terms. She touched many lives along the way and will be missed by her family and many friends. She is survived by her husband, Dean, three children, Robert Miller, Kathy Miller Lingenfelter, and Judith Asplund Neal, Dean's children, Christie Olson Knoll, and Eric Olson, nine grandchildren, numerous great, and great-great grandchildren.

The family asks that in lieu of flowers, friends make a donation in Joan's name to the charity of their choice. Cremation has been held. There will be no services at this time. You may view Joan's Book of Memories, leave condolences, photos and stories at http://www.gehrigstittchapel.com. Gehrig-Stitt Chapel & Cremation Service, LLC is in charge of Joan's care and funeral arrangements.