Residents digging out in aftermath of storm 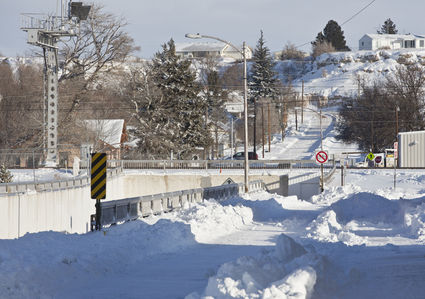 Cheyenne County was hit by a large winter storm on Monday and Tuesday. More than 14 inches of snow was reported in Sidney, delivered in a 48-hour window spanning Monday and Tuesday. Residents were busy throughout the region on Wednesday morning clearing the snowfall from vehicles and driveways. A snow emergency will remain in effect in Sidney until all routes are cleared.

Area residents were busy Wednesday morning digging out vehicles, sidewalks and driveways after more than 14 inches of snow fell in Sidney during the previous 48 hours.

Because the storm continued dumping snow throughout Tuesday, the City of Sidney and Cheyenne County road departments halted most snow clearing operations. Early on Wednesday morning, however, operations resumed.

A snow emergency for Sidney declared on Monday will remain in effect until all routes are cleared, Jo Houser fro...