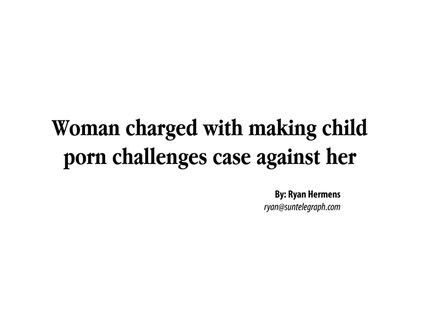 Kristen Gulley, the Sterling, Colo. woman accused of taking sexually explicit photographs of a toddler in 2013, has filed a motion arguing there is insufficient evidence to continue the case against her.

In November, a Cheyenne County Court judge ruled there was probable cause to bind the case over to district court, where felony cases are typically heard. Three days later, Michael Snyder, Gulley's attorney, filed a plea in abatement, challenging the county court's ruling.

Earlier this week, Snyder and Cheyenne County Attorney Paul Schaub made oral arguments on the motion.