Contract with testing firm to be reviewed 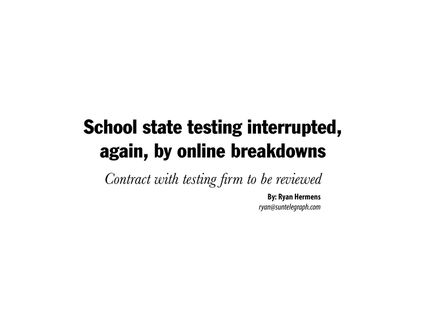 The Nebraska State Board of Education has said it will look for a new direction in state testing after outages disrupted thousands of Nebraska students last month.

"On Thursday, some State Board of Education members expressed dismay and frustration when they learned that Nebraska students were once again shut out of their online writing tests – twice in late January and, on another occasion, lost access to online testing tools," a press release from the Nebraska Department of Education states.

The department's assessment director, Valorie Foy, told the board about the outages and said re...