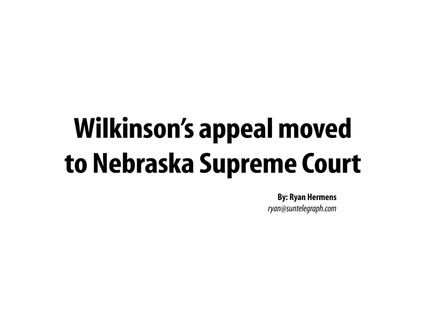 The court is set to hear oral arguments in the case on March 31 in Omaha.

Wilkinson pleaded no contest to a charge of obstructing government operations last July. The charge related to pulling a citation that had been issued to Sidney's then-public services director.