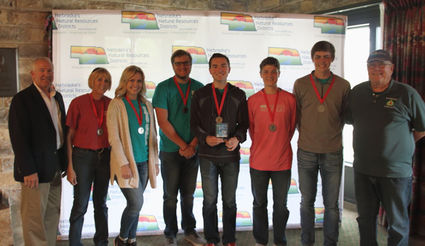 The Nebraska Envirothon state contest was held at Steinhart Lodge at the Lied Lodge and Conference Center in Nebraska City last week. Student teams, consisting of five members, first competed in a regional contest, which are held across the state. The highest scoring teams had the opportunity to compete at the state competition. The five-member teams compete in seven areas of environmental studies: soils, aquatics, forestry, wildlife, range, policy and present on a current environmental issue. This year, the students prepared presentations on invasive species.  Test questions are not only...