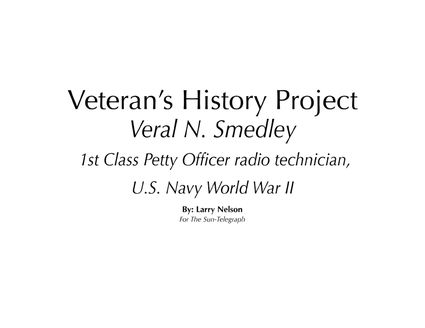 A father's advice is often very useful and timely. Veral Smedley (Smed) was a twenty year old man, working construction jobs in Utah. In the World War II time line, his life is going well. He's making money, has a roof over his head, there aren't many fast food places so he eats well too.

His father, a rancher in southeast Idaho, contacted his son and had a fran...