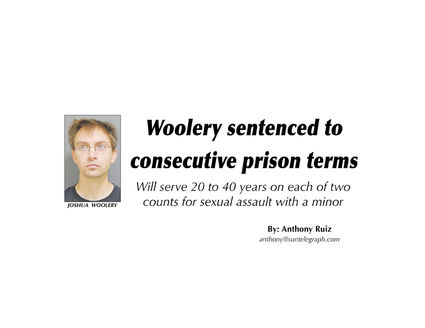 District Judge Derek Weimer did not mince words as he handed down his sentence to Joshua Woolery for two counts of first-degree sexual assault of a minor Wednesday morning, calling the factual circumstances of the charges "deeply disturbing."