Just for Kix donates portion of DVD sales to SRTV 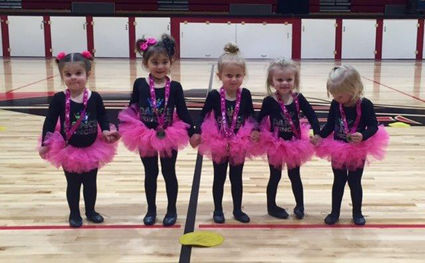 The Just for Kix dance program donated $560 to the Sidney Raiders Television (SRTV) class at Sidney High School through proceeds from DVD sales of its spring recital held in late April. The program also donated $300 to SRTV, with some of the proceeds coming from its Kix for Kids show held in March.

Pictured are two-year-old dancers from the Teeny Kix class performing at the spring recital, which showcased more than 150 dancers ages 2 thorugh 18 performing a variety of routines at the Sidney Middle School gymnasium.