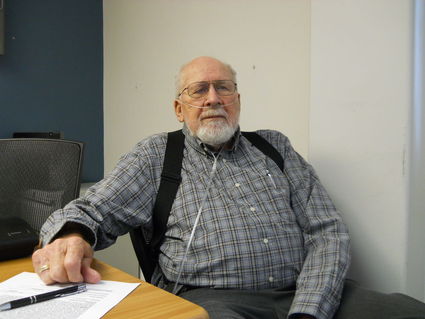 t was a round-about route to get into the military for William O. (Bill) Graves. At age 20 he was drafted by the Selective Service Board in Southern Illinois. He went to St. Louis, Missouri for the physical and other testing. He returned home for a short time. He went back to St. Louis to board a troop train that took lots of young men in a similar situation, to Battle Creek, Michigan.

When leaving St. Louis, Bill had worn street clothes and a windbreaker. Arriving at Battle Creek, the temperature had dropped significantly. He became chilled and feverish. The Army couldn't seem to f...