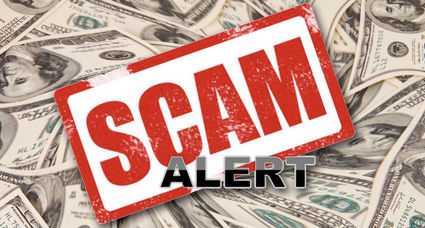 A Sidney, resident was contacted about a lottery win resulting in the loss of $1,000.

Sidney Police Chief Joe Aikens said Monday the police department filed a report after a Sidney resident reported being contacted by phone regarding a lottery opportunity. The call, a scam, asked the resident to send money so that the resident can receive a much larger sum. The money was sent to a location in India, Chief Aikens said.

Aikens said Western Union is doing an investigation into the matter.

"Usually once the wire transfer is done, your money is gone,"

Aikens encourages people to not give out personal information to people or agencies they do not know. The United States conducts its own lotteries and does not use out of country companies or organizations.

Aikens said people need to remember the caution: "If it sounds too good to be true, it probably is.