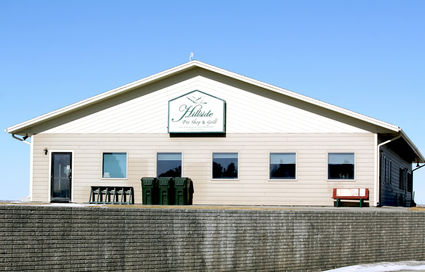 The building used at Hillside Golf Course, built by investor group Hillside Ventures, has been the topic of discussion as the building group seeks to turn the keys over to the city.

Since 2005, a countdown has been underway for the city of Sidney purchasing the building which has served as headquarters for Hillside Golf Course. The clock is still ticking, but how soon it will strike zero is up to different interpretations.

In February 2005, the Sidney City Council approved an agreement with a private group of investors, Hillside Ventures, which allowed the group to build a building that would house the city's pro shop, cart storage and a restaurant. Under the agreement, Hillside Ventures would operate the eatery, while the city would lease the remaining space.