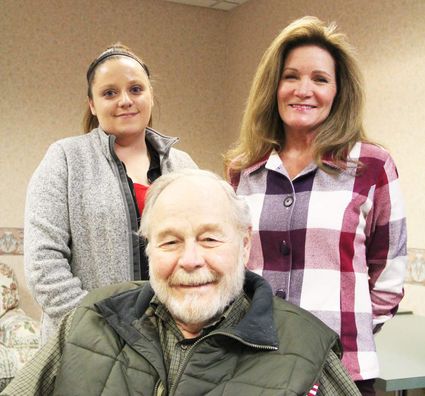 Cheyenne County Republicans chose their leadership for the next two years on Tuesday. Serving will be, from left, Secretary Ashley Rodewald, Vice-Chair Bernie Fehringer and Chair Peggy Popps. Not pictured is Treasurer Sean Doyle.

Cheyenne County Republican leaders met in convention this week, choosing its leadership and delegates to the state convention in June.

Part of the lightly-attended gathering included discussion to draw more participants into the party fold.

"It's a non-election year, so there isn't a very big turnout," said Bernie Fehringer, a long-time member of the party's leadership team.

Fehringer said part of the party's work over the next couple of years should be to grow active members prior to the 2020 election.

"We take it for granted, being a red county," said Sharon Fehringer. The Fehringers sai...