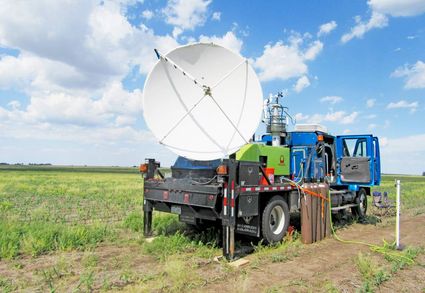 A Doppler on Wheel collects data as part of UNL's work to see how irrigation affects rainfall.

LINCOLN – A national team led by the University of Nebraska–Lincoln is studying potential links among irrigation, cloud formation and rainfall.

Funded by the National Science Foundation, the Great Plains Irrigation Experiment - or GRAINEX - is gathering weather observations in June and July from a 3,600-square-mile region in southeastern Nebraska. The timing allows the team to better understand how irrigation may affect climate conditions at the start of irrigation season in June through late July when irrigation peaks.

"The study area includes a transition from extensively irrigated a...