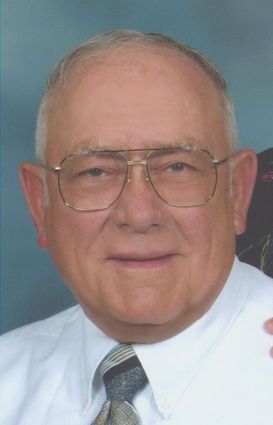 Memorial contributions may be made in Bob's name to Pets for Vets. Donation may be given at the church or mailed to Gehrig-Stitt Chapel, POB 151, Sidney, NE 69162.

You may view Bob's Book of Memories, leave condolences, photos and stories at http://www.gehrigstittchapel.com.

Bob was born on December 23, 1935, in Sidney to George C. and Hannah (Kieselhorst) Bartels. He grew up in Gurley and attended the Gurley schools, graduating in 1954. On May 25, 1960, he was united in marriage to Kathy Pelster of Dalton.  Bob served our country in the U.S. Army stationed in Alaska. Following his Honorable Discharge, he began a 40-year career in the oil-field with CE-Natco and Conoco Pipeline.

He was preceded in death by his parents; brother, George and two sisters, Lucille and Elaine.