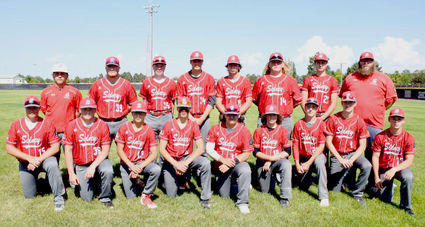 Sidney's American Legion Seniors ended their season over the weekend competing in the B-7 tournament in Chadron.

Sidney's Senior American Legion baseball team ended their season over the weekend by traveling to Chadron to compete in the B-7 tournament.

On Friday, Sidney faced Chadron in the opening round.

The game was a tight contest through the first four innings, with neither team able to break through with runs on the board.

Chadron was finally able to string a few good at bats together, and scored the first run of the contest in the bottom of the fourth, taking a 1-to-0 lead against Sidney. Sidney failed to respond offensively, and Chadron was able to keep their momentum going and plated four mo...