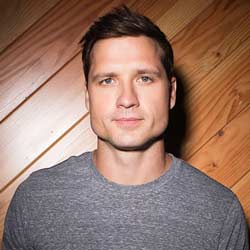 The Cheyenne County Fair Board announced at its monthly meeting Monday Walker Hayes is scheduled as the night show entertainment for the 2019 Fair.

Hayes is a native of Mobile, Ala., and is described as a tried-and-true Nashville standout. He is a singer and songwriter whose voice and perspective brims with relatability, according to his website.

In April, Hayes was honored with Platinum - a recognition of 1 million records sold - certification for his his song "You Broke Up With Me" in front of a sold-out crowd at PlayStation Theater as part of Kelsea Ballerini's Unapologetically Tour.