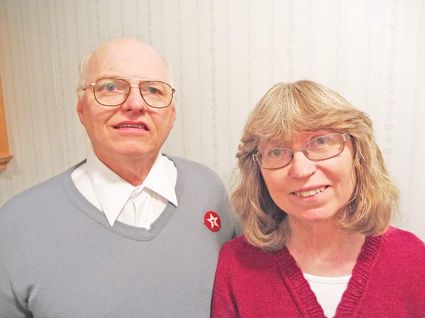 Bob and Shirley Gaston have been selected as 2018 Potter Days Grand Marshals. Potter Days festivities are Aug. 31 and September 1-2.

Bob was born in Sidney and attended Potter Public Schools, graduating in 1974. He attended Western Nebraska Technical College and received an Associate of Applied Arts Degree in Auto Mechanics Technology. He worked in partnership with his dad at Bud's Texaco and he and Shirley later became owners. He then worked at Nebraskaland Tire and for the last 11 years, Bob has been employed at 21st Century Equipment in Sidney. Bob was locally active in the Potter V...