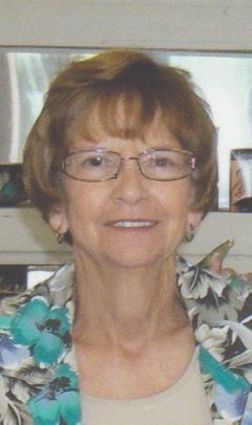 Memorial services will be held at 9:00 A.M., Friday, September 14th in the Light Memorial Presbyterian Church in Sidney with Pastor Mary Jo Dean officiating. Inurnment will follow in the Greenwood Cemetery. Cremation has been held. Friends may stop at the Gehrig-Stitt Chapel on Thursday from 1-7:00 to sign Ardy's register book and drop off condolences for the family. A memorial is being established. You may view Ardy's Book of Memories, leave condolences, photo and memories at http://www.gehrigstittchapel.com. Gehrig-Stitt Chapel & Cremation Service, LLC is in charge of Ardy's care and funeral arrangements.

Ardyce (Ardy) Shoopman was born at her parent's home in Angora, Nebraska, on the 27th day of April, 1939. The second child born to Vernon T. and Mildred I. (Airhood) Shoopman, she would be the last baby in her family born at home. At the age of two she moved with her family to Sidney, Nebraska where she would reside the remainder of her life.

Ardy attended Sidney Public Schools and graduated with the class of 1957. As a senior, she was proud to be a drummer in the Sidney High School Marching Band and participate in President Dwight D. Eisenhower's second inaugural parade in Washington D.C.

She began her professional career at the American National Bank before accepting a position with I.L. Pindell, the Cheyenne County Clerk, where she remained for eight years. Ardy started as a secretary with the Sidney Public Schools at North Ward and Central Elementary schools and finally, in the Superintendent's office, retiring after 33 ½ years at the age of 72.

On February 18th, 1961, she married Robert L. Zalesky at the home of her parents in Sidney. To this union two sons were born, Mark Allen and Daniel Lee Zalesky.

Ardy was very athletic, holding many bowling records in her younger days as well as being an avid golfer. She could always be found at the high school sporting events even after her children had graduated. Everyone knew "Mrs. Z"! Many evenings she could be found out for a walk to get some exercise. She would never take a ride when offered, choosing instead to just visit and continue on her walks.

Ardy served in many capacities, including Co-Chairman, with the Oktoberfest Committee for many years.

Ardyce was baptized and confirmed in the Light Memorial Presbyterian Church of Sidney, where she remained a devoted member until her passing.

Ardy was preceded in death by her parents; her husband, Bob; and sister, Verna Gilbreath.