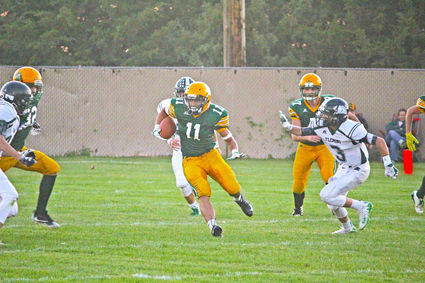 The Peetz Bulldogs football team hosted the Fleming Wildcats Friday night and came away with an impressive 67-22 victory against their rivals.

Peetz's defense shut out the Wildcats' offense in the last three quarters of play, to make a game that was competitive in the first quarter turn into a one-sided victory for the home team in the end.

Peetz elected to receive after winning the coin toss, and only took three plays to score, with senior Bryson Long scoring his first of five touchdowns on the day with a 17 yard run.

After the point-after kick was good, the score was 8-to-0 with Peetz l...