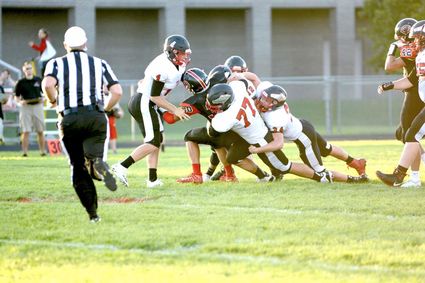 Sidney's Red Raider football team lost its first game of the season Friday night, making the long journey to Cozad only to come up short in a disappointing 14-to-7 loss against the Cozad Haymakers.

Sidney's record moved to 3-and-1 on the year as the team was unable to mount any consistent offensive attack against Cozad.

Sidney was plagued by turnovers and poor play from the start, fumbling away the ball on the third play of the game. The Red Raiders trailed at halftime 14-to-0, and although they kept the Haymakers scoreless in the second half, Sidney was only able to respond with one touchd...