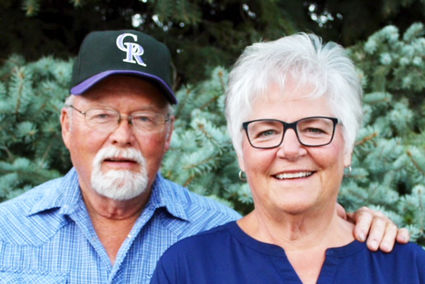 Glenn (Mike) and Evelyn Gardiner have been selected by the Peetz Lions Club to serve as parade marshals for the 2018 For Peetz Sake/Homecoming parade to be held at 10 a.m. on Sept. 29.

Mike and Evelyn are both lifetime members of the Peetz community. Mike was born in Windsor, Co., and raised in West Plains where he attended country school at Stoney Buttes, which was located on a corner of the homestead of his grandfather, Isaac Stortz. Mike later donated

the one-room school building to the Overland Trail Museum in Sterling. Mike's younger years were spent working as a farm/ranch hand for va...