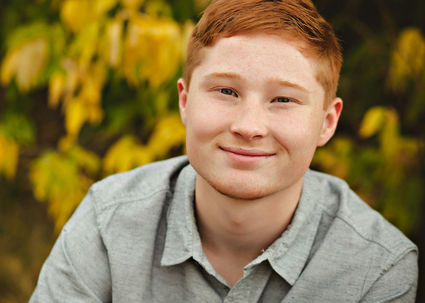 A Sidney man who was accused of beating and robbing an acquaintance during a burglary has been acquitted by a jury.

Jackson (Jack) Feddersen was arrested just more than a year ago when he was named by a former high school classmate, Ryan Stettner, regarding an incident in Stettner's home. Stettner said Feddersen was the man who attacked him in his bed in the early morning hours of Aug. 31, 2017. Stettner claimed $3,000 was taken from him during the incident by the accused and at least one other unknown assailant.

The trial, which lasted two and a half days in Cheyenne County District Court, was argued before the Honorable Derek Weimer and a 12-person jury. Evidence was presented by the prosecution and defense in the first two days, and attorneys made their closing arguments Friday morning. The jury deliberated for a little more than hour before returning its verdict.

The state presented its case with more than a dozen witnesses, including officers investigating the incident, witnesses that had contact with either Feddersen or Stettner in the days around the incident, and forensic scientists from the Nebraska State Patrol Crime Lab.

Defense arguments challenged the changing stories told by the

alleged victim, and posed alternative explanations to several pieces of the state's testimony and evidence. The defense presented pictures of Feddersen's undamaged hands following what the prosecution said was an attack that included beating of the victim with the assailant's fists.

Defense attorney Don Miller of Sidney also pointed out to the jury that despite what was described as a brutal attack, there was no physical or scientific evidence linking Feddersen to the crime.

The $3,000 cash reported to have been stolen was never found.

Feddersen reacted only slightly to the reading of the verdicts, with just a slight bob of his head. After court proceedings closed, hugs and tears of joy were shared by family members in the audience, while disappointment was evident on the other side of the aisle.

"Jack and his family are very relieved and also very happy with the verdict," Miller said. "We got what we believe is a verdict that is just and was supported by the evidence."

Miller acknowledged the jury's time and attentiveness during what he knows were difficult circumstances for them.

"We had more than 20 witnesses and exhibits (numbering) into the 80s," Miller said. "I've been working with this for more than a year, and they had to absorb it all in three days, so we appreciate what they did."