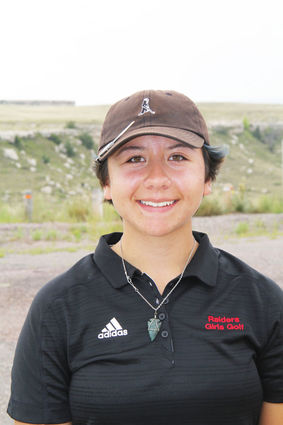 Eastern Nebraska's spell of cold and rainy weather shortened the NSAA girls golf Class B State Tournament from two rounds to one as the girl's completed play on Monday, then learned Tuesday that the second round would be cancelled and the results from the first round would be final.

The cold and wet weather made for challenging conditions throughout Monday's round, but the Sidney golfers battled through the elements to earn 6th place in a field of twelve teams.

Senior Tiara Ginther continued to lead the Lady Raiders, finishing the round with a score of 92 which earned her 12th place in the individual competition. The Lady Raider's team score of 431 placed them sixth in the Class B standings.