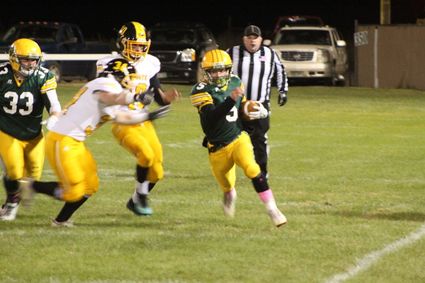 The Creek Valley Storm entered Friday's home contest against the South Platte Blue Knights riding a three game win streak, but were denied a fourth as the the visitors outlasted the Storm for the victory.

The Storm started well, outscoring the Blue Knights 16-to-12 in the first quarter, but were unable to keep up with South Platte's offense, falling behind by one point by halftime, then only scoring 15 points against the Blue Knight's 34 in the second half to fall by a final score of 59-to-39.

Peetz's Bulldogs made it four in a row and staye...