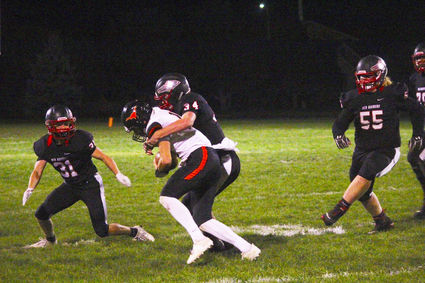 It was Homecoming Weekend, and Sidney's Red Raider football team notched their second victory in a row by stopping a late challenge from the visiting Chase County Longhorns to hold on to the 14-to-12 victory.

The Red Raiders improved their season record to 5-and-3 (2-and-1 in District) with a game that featured a Raider defense that gave up yards between the 20's, but stopped the Longhorn's offense whenever they got into scoring position.

The first quarter started with both the teams moving the ball on each other, but neither cashing in for a score. Sidney drove into scoring position midwa...