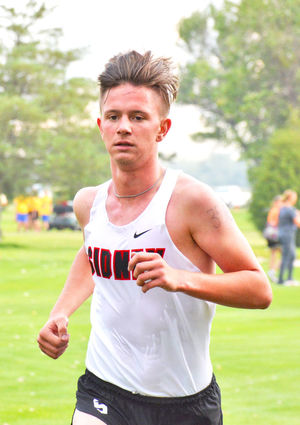 Sidney senior Collin Brauer was named to the 2018 All-State Cross Country Team by the Nebraska Coaches Association. The senior captain led the team to 9 consecutive victories, including a District and State Title.

Sidney senior Collin Brauer was named to the 2018 Cross-Country All State Team by the Nebraska Coaches Association. Brauer led the Sidney boy's cross country team to a District Title and a Class C State Title in a season that featured the boy's team winning nine meets in a row.

"This season started a little rough for him but he never complained or quit working, I know he didn't want to let his teammates down and most importantly, he never gave up on himself. Collin has worked hard for this, not only during...