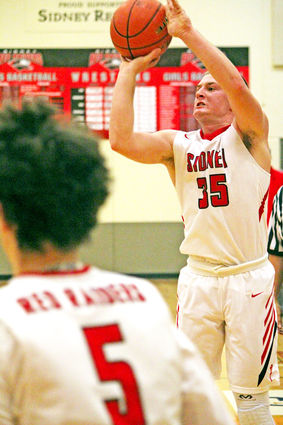 Sidney’s Red Raider boy’s basketball team has struggled so far this season, but head coach Austin Lewis has consistently said the team was improving and hoped they gelled together in time for post season play.

A big step towards that goal was taken by the Red Raiders on Saturday, as they traveled to Colorado and beat the number 1 ranked Class 2A undefeated Yuma Indians, 53-to-46.

“We started and finished the game shooting pretty well. When the ball is going in it can make a huge difference in a team’s energy,” said Lewis.

It was a welcome change for the Red Raiders, who have had...