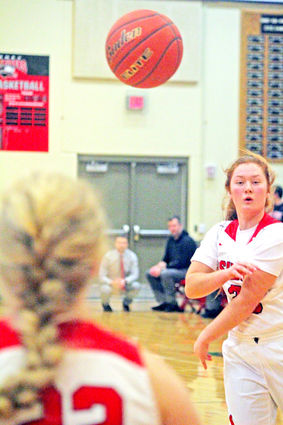 Sidney's Lady Raider basketball team traveled south to Yuma, Colo., on Saturday for a non-conference matchup against the Yuma Lady Indians. Yuma entered the game with an eight game win streak and an 8-and-2 record, and the Lady Raiders knew they were in for a tough contest.

The Lady Raider's defense did not disappoint, shutting down a Yuma offense which had been averaging nearly fifty points per game by holding the the Lady Indians to just three points in the first quarter, then shutting them out in the second quarter.

"We played a really good defensive game on Saturday. We were able to...