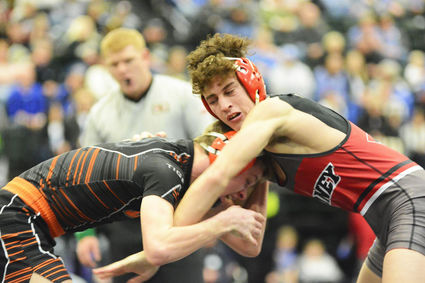 The No. 2 seeded Red Raiders fell to the number one seeded Blair team in the championship dual, ending their dual season with a 23-and-3 record.

Sidney's day started against a tough Central City team, and after falling behind 9-to-0 the Red Raiders were able to match their intensity and come back for the dual win.

Sidney head wrestling coach Beau McConnell said, "Central City's a scrappy team but our guys were fired up and took 10 of 14 matches whi...