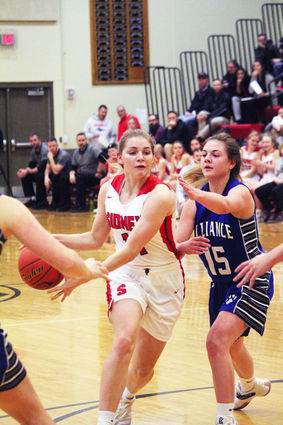 Sidney junior Nicole Birner drives the lane during the Lady Raider's victory over Alliance in the semi-final round of the B-8 Subdistrict tournament.

Sidney's Lady Raider basketball team continued their success with two more wins, topping Chadron Friday night then defeating Alliance in the semi-final opening round of the B-8 Subdistrict tournament.