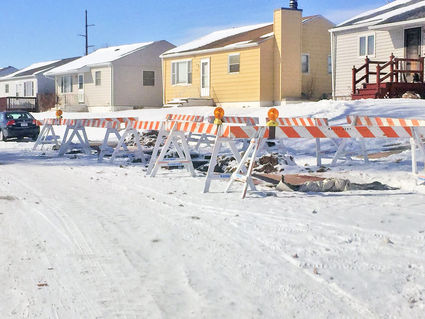 It took City water department personnel 12 frigid hours over the weekend to repair a water main break on Manor Road. The break, caused by frost in the ground, sent water rolling down the street.

City water department crews spent 12 hours locating and repairing a water main break that occurred at one of the city's highest locations Saturday.

"It took us around four hours to find the break," Kuhns...