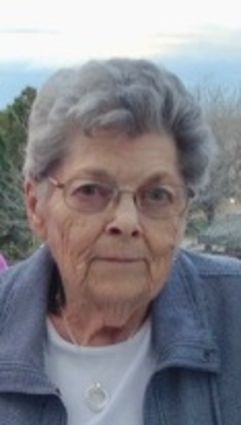 Graveside services will be held at a later date.

Patricia P. Davis was born on April 12, 1924 in Kimball, NE to Charles and Julia (Flynn) Armstrong.

Patricia graduated from Peetz High School in 1942 and later that year married Wayne Davis also of Peetz. In her earlier years she was a teacher in the rural Peetz and Sidney area. Later she worked at Western Auto, Fabric Boutique and Coast to Coast in Sidney. Most recently she was an aide at North Ward School. She moved to Lakewood in 2013.