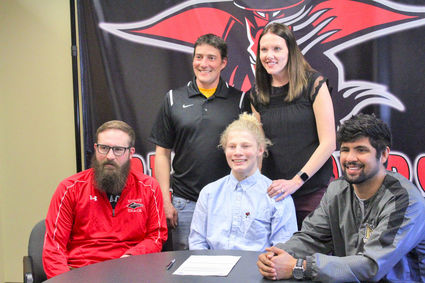 Sidney High School senior Trey Arellano signed a letter of intent to wrestle for the Northeastern Junior College Plainsmen in Sterling, Colo., for the 2019-20 season. Arellano, a two-time state champion while wrestling for the Red Raiders, was surrounded by family and coaches Wednesday as he signed his letter of intent for the Plainsmen.

"They have a great program, and it's so close to home. I'm really excited to be a part of the team", said Arellano.

Arellano plans on studying Biology at NJC. Arellano was a four-time State qualifier, a three-time finalist, and a two-time State Champion an...