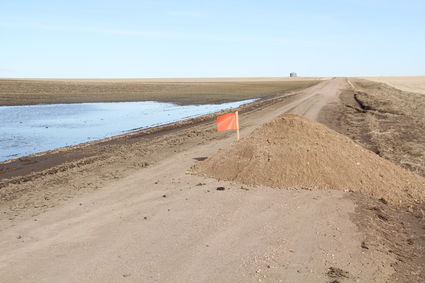 Cheyenne County road crews have been working long hours to repair roads washed out by runoff from snow two weeks ago. In a number of places like this, the county has had to haul in new gravel to replace that which was taken away by runoff, leaving many roads in bad condition.

This marks the fifth consecutive year of downward pressure, as market values have dropped approximately 20 percent since reaching a high in 2014. The average farmland value in the Panhandle is estimated to be $685 per acre, 4 percent lower than the prior year.

All types of farmland reported in the survey declined in value since the previous year. In the Panhandle, gravity-irrigated crop...