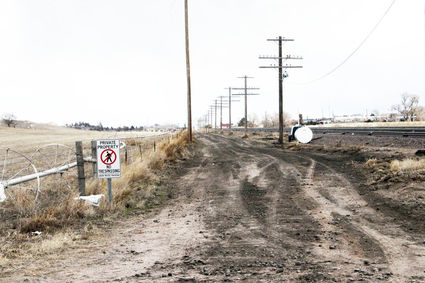 A right-of-way road near the Union Pacific Railroad track west of Sidney could potentially provide answers for commuters stopped by trains.

When one transportation system infringes upon another, sometimes it is the commuter who loses the battle. Residents just west of Sidney are in that battle, again.

Their concern was when trains are stopped in such a way as to block the road to their home, they are literally landlocked. There is the possibility, although posted as trespassing, to use the Union Pacific right of way. However, the road is not passable to most vehicles in snow and rain.