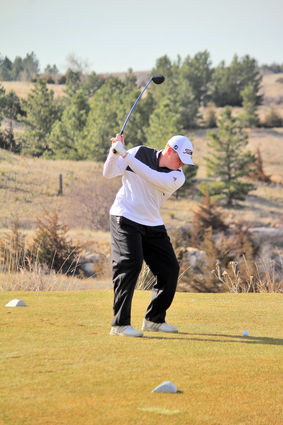 Sidney junior Cayden Jobman launches a drive on the first hole during the Sidney Invitational at Hillside Golf Course on Friday.

Sidney's Red Raider golf team hosted the annual Sidney Invitational tournament on Friday, rescheduled from Wednesday due to weather concerns. Although Wednesday's weather was not as bad as expected, Friday turned out to be a perfect day for early-Spring golf. The temperature rose as the morning progressed, prompting many of the golfers to break out the sunscreen, and the course was in good condition for so early in the season.