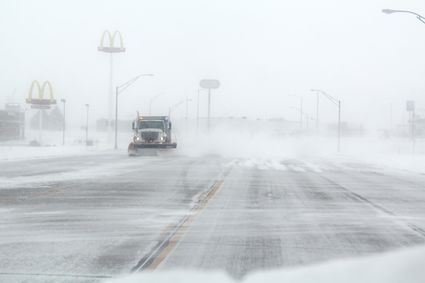 It started later than originally thought, but when it hit, this week's snow storm dumped several wind-driven inches of snow on the area. Area highways and county roads were closed, and city crews worked to clear a path through main thoroughfares. Sheltered areas, such as downtown, saw big drifts where the snow was dumped.