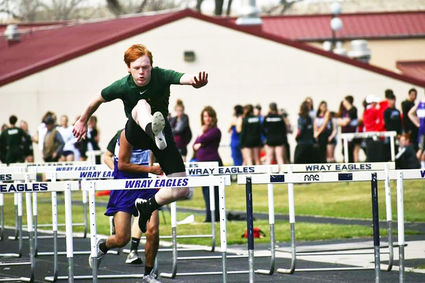 Peetz's Sterling Sorensen competes in the 110 Meter Hurdles during recent action. The Peetz boy's placed 8th overall at the Akron Invitational on Saturday.

The Peetz Bulldog Track and Field team traveled on Saturday to compete in the Akron Invitational, and the boys team finished eighth out of 17 teams, while the girls placed 16th in a field of 16 teams.