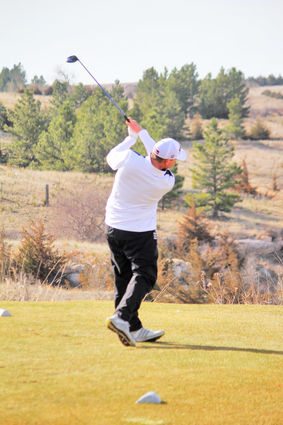 Sidney's Cayden Jobman led the Red Raiders golf team on Friday with a round of 81, qualifying him for the State Tournament later this month.

Sidney's Red Raider Golf team traveled to the Lake Maloney golf course in North Platte on Friday to compete in the B-4 Boys District Golf championships. The date was changed to Friday to accommodate the weather, and the day provided good conditions for the competition.

The North Platte team took first place with a solid win, scoring a 308 to second place Cozad's 338. Sidney finished eighth out of twelve teams with a team score of 381. Cayden Jobman led the Sidney team with a round of 81, placing him 9th individually and qualifying him for the State Tournament. Jobman was followed by Jackso...