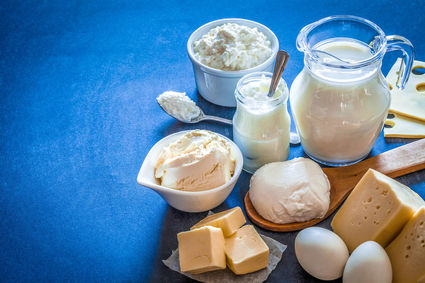 OMAHA – On Saturday, Governor Pete Ricketts proclaimed June as Dairy Month in Nebraska during a ceremony at Omaha's Henry Doorly Zoo. Dairy Month is celebrated in Nebraska each June to highlight the importance of Nebraska's dairy farmers to agriculture and the state's economy.

"Dairy farmers in Nebraska make significant contributions to our state's economic growth as well as high-quality milk for our families. Thanks to their good work, Nebraska is a top-ten state in both production and revenue per dairy cow," said Governor Ricketts. "Our state's plentiful feed supplies and abundant water resources, along with our pro-agriculture policies, make Nebraska an ideal home for dairies."

Nebraska is a net exporter of milk, sending two million pounds out of state each day. Thanks to the state's central location, milk produced locally can reach almost every corner of the continental United States within two days. Nebraska's cow numbers are up 7% since 2014, and dairy farmers anticipate additional growth in the coming years.

Kris Bousquet of the Nebraska State Dairy Association (NSDA) touted the state as a great place for dairy processors to do business. "A processor who comes to Nebraska will have immediate access to milk produced right here, and dairy farmers will be thrilled to reduce their transportation costs in the process," he said. "The next dairy processor to stake a claim in Nebraska is going to have the pick of the litter in terms of location and the opportunity to connect with dairy farmers."

"Nebraska is a great place to milk cows," said NDA Director Steve Wellman. "We have abundant, high-quality feed and water resources that lead to a top-ten level of milk production per cow. Nebraska is ready to grow and add value to our agricultural products through the dairy sector."

To learn more about the potential for dairy production and processing in Nebraska, visit http://NebraskaMilk.com or contact Kris Bousquet at [email protected] or